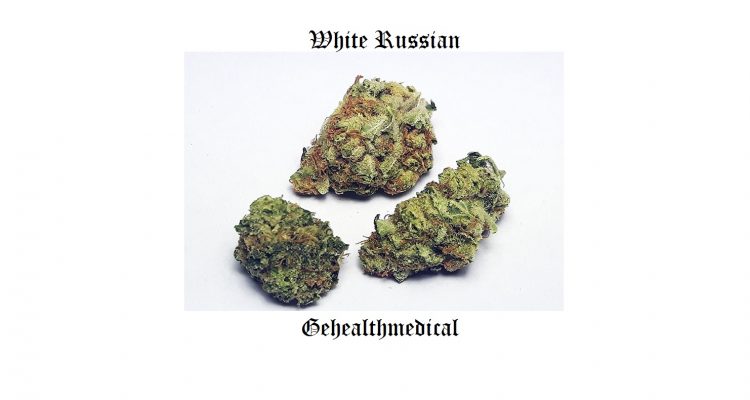 White Russian strain produce strong, healthy, fast-growing plants that are fantastic in appearance and effect. Very popular also for outdoor growing in Spain, France, Italy and California. This variety is our most typically Indica strain.

White Russian is a stable cross of our original AK-47 and the famous award-winning clone of White Widow from the 90s. She is of medium height, developes into consistent ‘not too leafy’ plants and produces dense, very resinous flower tops (crystals start to appear after about 5 weeks of flowering).

The plants smell quite strong during the growth and flowering period. In an independent seed comparison in the UK in which over 150 different seed strains were grown, the White Russian seeds came out as the strongest plant. Winner of the overall High Times Cannabis Cup in 1996 and of the Cup for Best Bio Grass in 1997.

Buds of White Russian tend to be small to medium in size. Their bud structure is more typical of sativa strains, with loosely-clustered, fluffy leaves. The leaves are pale green and, depending on the individual plant phenotype, may be moderately to thoroughly covered in frosty trichomes like parent strain White Widow. Cured properly, the flowers have an earthy, dank smell (imparted from White Widow, which is known more for its extreme stickiness than its taste profile) mixed with some sweet citrus fruit (passed on from AK-47, which has a sweet and floral aftertaste from the various Asian and South American landrace strains in its genetics). When combusted, flowers smell more skunky and slightly spicy. Some have described the smoke from White Russian as harsh and lung-expanding. Smoke tastes slightly spicy when exhaled.

The high from this strain takes hold almost immediately in the form of some initial disorientation and tightening around the temples. Users report feeling quickly energized and motivated, and being able to function with more clarity than confusion. As is characteristic of parent strain White Widow, White Russian has an intensely cerebral high that can lend itself to introspection, lateral thinking for problem solving, and creative inspiration. A sense of euphoria and emotional well-being can accompany this mental stimulation. Despite some indica in its genetics, this strain carries very little physical effects — although, as with any variety of cannabis, heavy consumption can lead to couchlock and drowsiness. White Russian’s powerful head high makes it effective in treating anxiety and depression. It is also particularly beneficial for users with attention deficit disorders. Red, dry eyes are a common side effect, a result of the high THC in this strain dilating blood vessels and capillaries controlling blood flow to the eyes. Because of its cerebral intensity, White Russian also has the potential to veer into paranoid or anxious territory; users should consider their individual tolerance as well as their mindset and setting before enjoying this strain. More likely to leave you wired than lazy, White Russian is definitely a strain to be enjoyed during the daytime.

Notably, White Russian’s creators Serious Seeds are committed to preserving the provenance and integrity of the strain: they assign a unique serial number to every bag of seeds they sell, allowing the cannabis to be tracked from initial production to point-of-sale in dispensaries. This accountability not only edges out impostors and inferior products, it also allows for the production transparency that is so necessary in today’s increasingly regulated legal cannabis market.

When you open up a bag of White Russian, you’ll experience a scent that’s sweet and creamy with earthy and sometimes citrus-like undertones. Its appearance is oftentimes a bit airy and light, but don’t let that fool you. Its high is often claimed to be quick and intense.

Sometimes White Russian can create dry mouth or eyes, so keep this in mind when smoking it and have some water or eye drops handy.

When growing White Russian, cultivators of all experiences are welcome to try. It can easily be grown indoors or out, but hydroponics will cause this strain to produces its highest levels of THC content.

According to Serious Seeds, the strain grows to a medium height with a 56-63 day flowering period and emits a strong smell. Its leaves are minimal, while its colas are dense with an abundant resin coating.

White Russian first blossomed after crossing the two hybrids White Widow and AK-47. Its lineage is highly diverse, with its parent strains having roots in Colombia, Mexico, Thailand, Afghanistan, Brazil, and India.

White Russian will grow both indoors and out, and its resin crystals reportedly appear about 35 days into the flowering cycle. Both regular and non-feminized White Russian seeds are available from the seed bank.

Plants of White Russian may be user-friendly for even novices to grow; the strain’s hearty genetics mean that it is more resistant to adverse growing conditions and not as high-maintenance as many other strains. That said, growing this variety outdoors requires a consistently warm temperature and a direct albeit not overpowering source of sunlight. Plants are relatively short and bushy for a sativa-dominant variety, reaching between 3 and 4 feet tall when grown indoors. Plants also have a low leaf-to-flower ratio, meaning that cultivators won’t need to worry as much about trimming fan leaves during the vegetative state. Grown indoors, plants flower after 8 to 9 weeks. Outdoors, plants are ready for harvest in mid to late October.

White Russian cannabis strain is a cross between AK-47 and White Widow.

Serious Seeds carries both regular and feminized AK-47 seeds and reports a strong, fruity scent from the strain, coupled with a powerful, long-lasting “Indica” high.

Among the most famous strains worldwide is White Widow, a balanced hybrid first bred in the Netherlands by Green House Seeds. A cross between a Brazilian sativa landrace and a resin-heavy South Indian indica,  White Widow has blessed every Dutch coffee shop menu since its birth in the 1990s. Its buds are white with crystal resin, warning you of the potent effects to come. A powerful burst of euphoria and energy breaks through immediately, stimulating both conversation and creativity. White Widow’s genetics have given rise to many other legends like White Russian, White Rhino, and Blue Widow. Still, many growers prefer cultivation of the original White Widow, which flowers in about 60 days indoors.

You can find out about Purple Monkey Balls Marijuana Strain here!